Back To School Reminder… Watch Your Digital Trail Behind You Before it Smacks You in the A$$!

Ten incoming freshman to Harvard learned a cyber ethics lesson the hard way. Thanks to their online behavior, Harvard rescinded their acceptance offers.

Why? They posted offensive jokes, mainly memes, to a private Facebook group on topics practically pulled straight from a Cards Against Humanity deck: school shootings, the Holocaust, bestiality, racism and a variety of other obscene themes made the cut. This from 10 young people who many would assume should represent discipline, thoughtfulness and intelligence.

And, if we met them in person, they might come across as decent, worthy young people with a deserved bright future ahead of them. But on the internet, posting offensive memes, they seemed reprehensible. Harvard agreed.

Are you wondering, didn’t they work hard, amazingly hard to get into Harvard? Yeah, I bet they did. And it’s possible they thought the jokes would remain private within in their group. Wrong. Nothing is private on the internet, even those “disappearing” messages on Snapchat. Thinking that you have privacy to misbehave online is a recipe for disaster.

I wouldn’t be surprised if a couple of them felt pressured to be funny or that friends and relatives are shaking their heads and defending their character, saying he or she is always so kind and respectful and that this is a one-off situation that should not define their lives. So, what? Intent doesn’t matter. The internet is tone-deaf.

Sadly, this is a tale as old as time, like an Aesop’s Fable or a morality lesson told by elders in generations gone by. It’s hubris + youth. But today we have upped the ante by adding ‘The Digital Age’ to this algorithm. The result is a dangerous and unstable combination.

As stated by Luvvie Ajayi in The New York Times, “This situation is a stark reminder of our collective failing to teach the first generation of digital natives — those who were born and raised on high-speed internet — that there are real-life consequences for virtual actions.”

It’s not hard to find more stories like this. 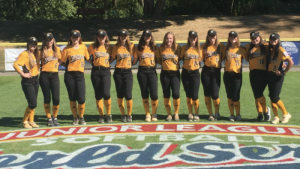 Have you heard the one about the girls’ softball team who were disqualified after winning their championship game at the Junior League World Series? A photo of the team, in uniform on the championship Little League field, was posted on Snapshot prior to the game with some of their players holding their middle fingers up and a caption taunting the opposing team. The Little League World Series called the behavior in violation of policies regarding unsportsmanlike conduct, inappropriate use of social media and the high standards expected by Little League International. 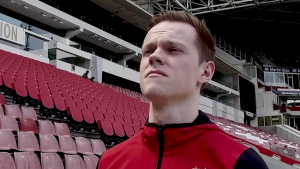 We know it’s not just kids who behave stupidly on the internet. Adults do it too. And when they get caught, the consequences are painful. There is just something more tragic about a young person, whose brain development is not quite at 100 percent yet having to suffer a lifetime consequence for a dumb decision.

If you are still asking yourself, ‘Wait a minute. Do these punishments really fit the crime?’, then you have not learned your lesson yet. That’s not the point. Let me break it down for you:

The internet is forever. You know, like FOREVER. Don’t let some dumba$$ move you make as a teenager be a stain on your future.

Listen to your mother, your father and your teachers. They have been telling you over and over the same things. Think before you post. Use the golden rule. Don’t post anything you wouldn’t want Nana to see. Make sure your friends know that they need to ask you before posting a picture of you. What would a college admissions officer think about what you are posting? Remember, you must maintain a clean digital reputation.

Digital Natives, y’all have a long digital trail behind you. Tread carefully. You only have one digital reputation. Just because nobody notices what you did online right away, does not mean they won’t. You never know when one online action will resurface to haunt you. It’s simply a matter of time.

Don’t wait until it’s too late to get cyber-educated.

Savvy Cyber Kids educates and empowers digital citizens, from parents and grandparents, to teachers and students. Sign up for our free resources to help you navigate today’s digital world with cyber ethics.