A Problem of Stranger Danger


Textrovert by Lindsay Summers is a hilarious and engaging book. It takes place in modern times where everyone already has iPhones. While some books take a little while to actually engage me, not in this one. 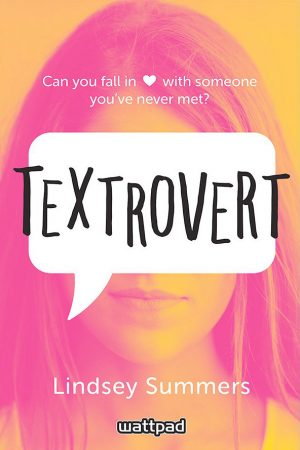 It all starts off when Keeley, the main character, is at a fair with her best friend. Every year, on the week before summer break is over, they ride the ferris wheel together. It was especially important for them this year because as seniors in high school, it was their last year to have this tradition. The fair is about to end, so they get in the line for the ride as quickly as they can. They get in the line, just as Keeley realizes that she doesn’t have her phone with her anymore. And the worst part was that she didn’t have a passcode on it. Hold the phone!

You should never — never — not have a passcode! If someone steals your phone, they can get into all of your personal information, and maybe even use your Netflix account! What if they were to mess up your recently watched list?!

In the book, Keeley told her friend that she didn’t have a passcode because it was new, but that is no excuse. She runs back to where she last remembered having it, and to her luck, it was there.

Just in case you don’t know, that probably won’t happen to you. So always be aware of where your phone is and make sure you don’t lose it!.

Later that night she gets a call from an unknown number and picks up.

Well, this might not seem dangerous but you should always be aware that an unknown number means that you would be talking to a complete stranger. There are also lots of scams that can happen this way. For example, let’s say you picked up the phone. “Hello. You’ve won $1 million! Please let me know your address so I can send you the money!” Never give out your address! You would never want to give that out, because with that information someone could come watch you. If your parents work all day and you are home alone, that would be very scary. In the worst-case, they could try to break-in your house. You should only give that kind of personal information out to people that you know in real life. And before you answer back to them, just think about it. Why would someone want to give you $1 million? I’m sure they could be using it for something themselves. I like to call these reality checks.

Keeley answers the phone, and it’s a voice she’s never heard before. He tells her that she has his phone. She looks at the screen saver, and believe it or not, it’s a race car — which is not what her screensaver is on her own phone. So, guess what? If she has his phone, that means he has hers. He can look at all of her pictures and access anything on her phone, because she didn’t put a password on it. She asks him when she will be able to get her own phone back from him, and he says he is going off to camp tomorrow — so she will have to wait a week! Until then, she has to rely on him to forward all of her messages and voicemails, and she has to do the same for him.

When the day to exchange phones finally comes, when is back from camp, they set up a time to meet up.

I’m not so sure about meeting with a person you don’t know. This is especially dangerous because he could’ve brought weapons or tried to hurt her.

When they meet, they actually get along pretty well and they start to fall in love. What a coincidence! They go out on dates and are officially boyfriend and girlfriend, until Keeley finds out a secret about him. Apparently one of his old girlfriends cheated on him, and then he sent out a picture of her naked to get revenge.

He should not have sent those pictures out but even more, his ex-girlfriend should not have sent them to him in the first place. There’s no such thing as privacy on a phone. The ex-girlfriend didn’t know if he was with a friend who could’ve seen those pictures at the same time, And a guy should like you for who you are, not for your body. If you feel like you must send a boyfriend a picture of yourself to get him interested, it is not right.

Keeley, of course, is worried that he would hurt her in some way also, if she ever hurt him. He tries to explain the situation to Keeley but she’s just not sure about him anymore. Eventually he wins her back and they agree to have a no-secret-relationship. By the end of it, they are both very happy. All is well that ends well.

Young people experience their world—academically and personally—through technology now more than ever before. Savvy Cyber Kids delivers the tools and resources to keep them safe online. We also encourage students to join up with Savvy Cyber Kids to learn more about cyber ethics and cyber security issues, alongside a forum to keep their peers up-to-date on the latest information out there. Middle Schoolers: Have a movie or book review that explores cyber ethics issues that you would like to submit? Email Ben.