The Best First Phone for your Child

No matter the generation, kids have always wanted to grow up fast, to be like their older cousin or brother or parents. As parents, we tell our kids not to rush, for soon enough they will have all the responsibilities that come with being grown up.

Over the last 10 years or so, parents have been unknowingly forcing their kids to grow up at lightning speed, with often disastrous consequences.

Because of the work I do to help parents and educators empower their children to make smart decisions in a world filled with technology, it is more often than not that a parent asks for advice on how to deal with a completely inappropriate situation their kids have stumbled into because of their cell phone. 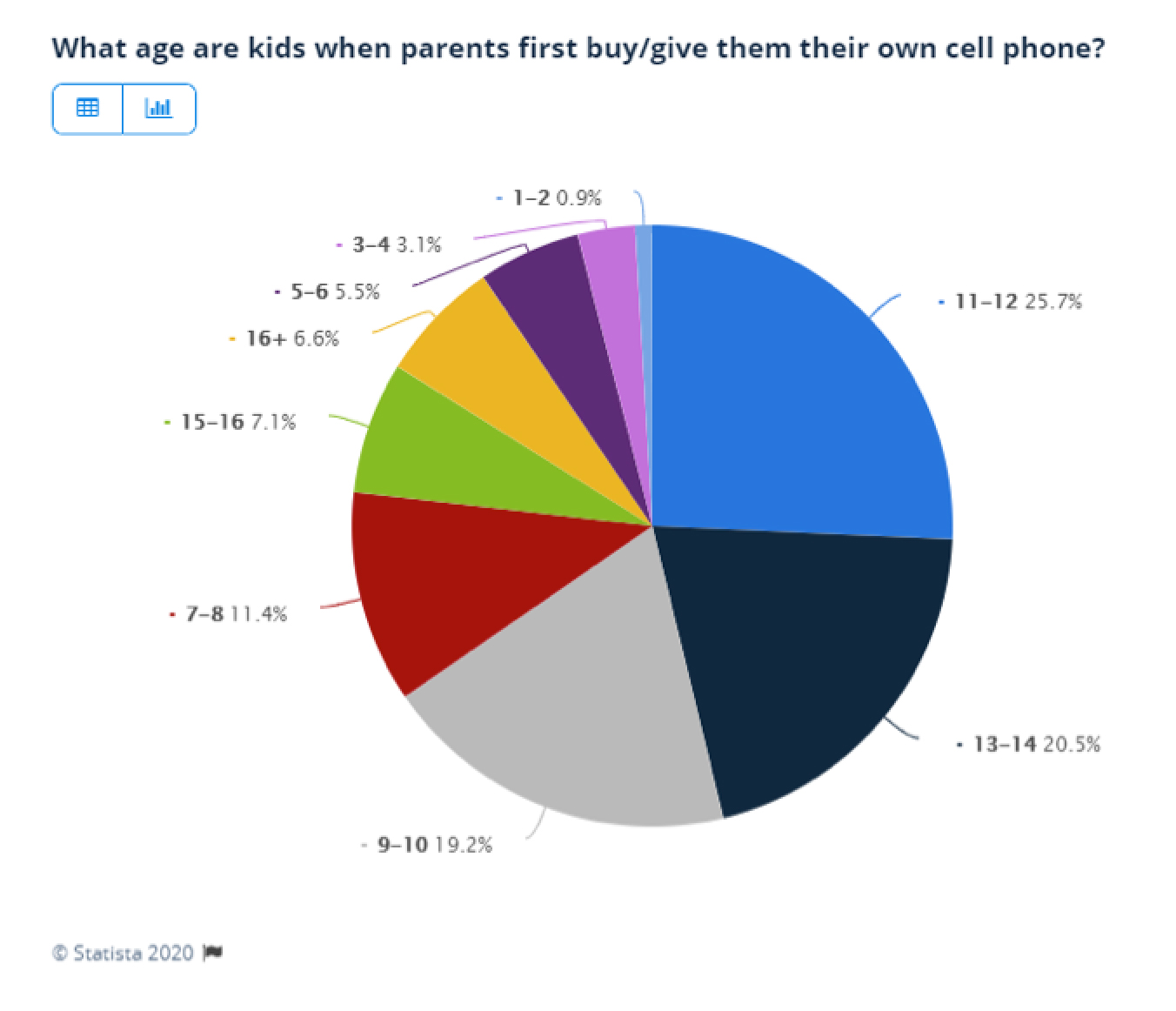 According to a 2019 SellCell survey, most children are allowed to have their first cell phone by the ages of 11-12. One percent get their own phone as early as between one and two years old. – Published by S. O’Dea, Statistica, Feb 28, 2020

Depending on the country you survey, children are receiving full featured phones from their parents or other relatives somewhere, on average, between the ages of 10 and 12. Giving a young child a smartphone is the equivalent of driving your child to a meet-up of sexual predators and dropping them off while wishing no harm will come to them. No parent in their right mind would ever do that to their child. But in reality, that is exactly what parents are doing when they give their child a smartphone. And there are other concerns too – technology addiction, cyber bullying, destructive behaviors, among others.

That being said, there may be valid reasons why a young child should have a mobile phone. Perhaps they have to go far to school or they play on a team that requires them to travel or they babysit other children. All valid reasons to provide a phone to that child. But once you provide a full-featured phone to your child you must now not only parent your child but you have to raise a child that makes smart decisions when using that device. This sounds easy, but it is difficult for a child to always make the right decision because of their level of development and maturity at young ages.

While there are many parental control tools on the market that allow a parent to restrict what their children can do on a device, such as restrict access to inappropriate apps and websites, many of them are complicated to set up, don’t always work as intended, or are capability restrained by the operating system manufacturer (Apple iOS and Google Android).

A great solution for the young child that needs a way to communicate with you but is not yet ready for a smartphone are devices that have limited capabilities (think no web browser or social media apps). When they get older, around that age when “all my friends have a phone” enters daily conversation and you are ready to start parenting both your child and their device usage, it is to buy a device that limits capabilities but LOOKS like a full featured cell phone, the Gabb Wireless phone.

One of the greatest benefits of using the Gabb phone is that the restrictions are built into the phone. You don’t have to worry about your child downloading apps or games you may be uncomfortable with. In addition, if you gave your child a flip phone or phone watch, they may not feel comfortable using those devices in front of their peers. With the Gabb Wireless phone, you child will be comfortable using their phone in front of their friends and peers while giving you peace of mind.

It is unfortunate that when kids are bored today they immediately look for the closest device to pick up. Using the Gabb Wireless phone may help your child see how often other children pick up their phones in situations where talking to one another may be the better solution.

Savvy Cyber Kids educates and empowers digital citizens, from parents and grandparents, to teachers and students. Sign up for our free resources to help you navigate today’s digital world with cyber ethics. See more cyber safety and cyber ethics blogs produced exclusively for EarthLink. Looking for a social media parental control? Try a 30-day free trial of Bark. If you sign up after your trial, Bark donates 25% of your monthly fee to Savvy Cyber Kids.

Thank you to the Savvy Cyber Kid’s sponsors!